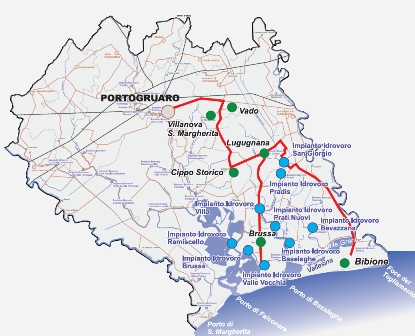 The itinerary from Bibione to Portogruaro goes through areas that recently underwent some land reclamation works, even if a few place names do remind the remote presence of man in an area where roads and waterways crossed.

Baseleghe water scooping plant (E=12:58:57,092; N=45:39:23,909)
Starting from via Bevazzana, take via Litoranea until you reach Baseleghe canal. Turn left and stay on up to the homonymous water scooping plant. Dating from 1930, the 3rd basin links the cultivated land with the lagoon. It is named after the homonymous harbour situated seaward between Vallevecchia and Bibione; its circulation is 4,250 litres/second. 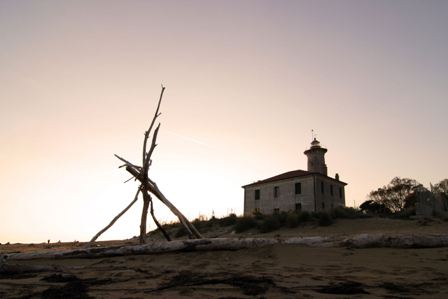 San Giorgio water scooping plant(E=12:58:50,229; N=45:43:28,334)
Again onto via Pradis, stay straight then turn left and cross a canal: at this point you are near San Giorgio water scooping plant (1st basin). As proven by its structure, it was built during land reclamation works accomplished in 1930. It is completely automated; its circulation is 4,400 litres/second.

Lugugnana
Stay onto via Pradis until via Musili merges onto via Marango. Take the latter and then via Fausta: you will enter the old town centre of Lugugnana. This small town in the Middle Ages was very influential; in its territory there were old churches consecrated to Saint Leonard and Saint Bartholomew. Later on, marshes forced people and their crops to move out. The recent land reclamation works allowed peopling the area again; these days Lugugnana is a parish. Its church houses some valuable pieces of modern art and a 16th-century frontlet. 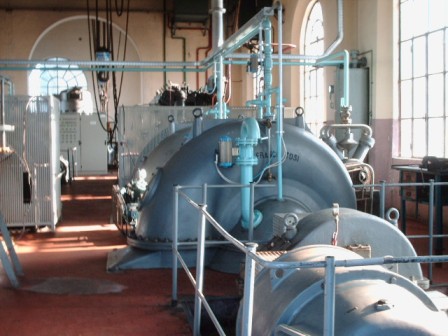 Valle Vecchia
Valle Vecchia merits a visit not only for its nature but also for its Casoni.

Brussa water scooping plant(E=12:57:58,521; N=45:40:15,325)
Retracing your path from Valle Vecchia, before arriving at Brussa, on the left you can see a few farms and Brussa water scooping plant. Brussa basin has a surface of 1,150 ha; the area was reclaimed in 1932, the year in which the first plant was built. Later on, it was adjusted and developed; these days, its circulation is 3,500 litres/second.

Brussa
Back again onto via Brussa, you hit Brussa, a small but remarkable village.
This small village is composed by the facilities of a factory and a church, which was built in 1939 and was consecrated to Saint Anthony the Great. In 1961 they consecrated the church as well as the parish to Saint Bartholomew, in remembrance of an old parish church or of a nunnery situated nearby, whose traces have disappeared.

Historical cippus
Leaving Ramiscello water scooping plant to go back to via Brussa or to retrace the avenues flanking Valle Perera, Count Marcello's estate, you reach Villaviera, a remarkable archaeological and historical site as shown by some old maps and an historical cippus nearby, which you hit along the road from Villaviera to Serrai. 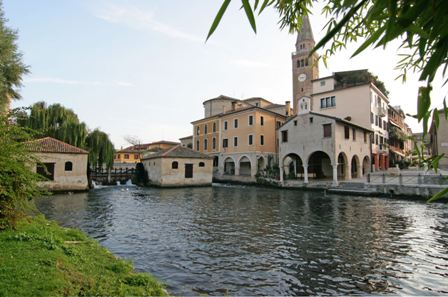 Borgo di Villanova
Not far from Villanova S. Margherita you find Villanova S.Antonio, where there is a century-old oak tree.

PORTOGRUARO
Your route ends in Portogruaro. It is the biggest town situated between Livenza and Tagliamento rivers and it is also known as "the town where Lemene River flows". Its origins date from the 12th century; the old part of this town with its covered walk and the precious buildings stresses its influential role in Venetian economy and politics. Today it has a paramount importance in culture and art, above all due to its outstanding music tradition.