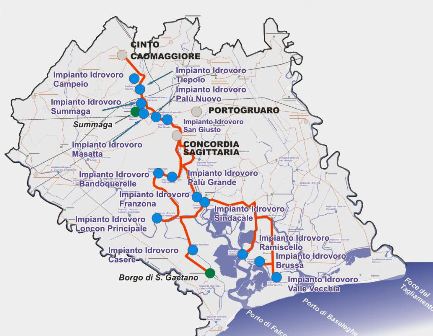 Lemene River
Lemene River is originated in Friuli Venzia Giulia by the merging of several streams flowing to the right of Tagliamento River. It flows through San Vito al Tagliamento, Casarsa, Teglio Veneto, Gruaro, Portogruaro, Concordia Sagittaria and Caorle, then feeds into Caorle Lagoon at Porto Falconera. It is about 45 km long.

Summaga water scooping plant (E=12:48:17,907; N=45:46:46,535)
Summaga, in Portogruaro municipality, is one of the six sub-basins lying in the lower area of Reghena Basin. Other sub-basins are: Tiepolo, Campeio, Masatta, Palù and San Giusto. Summaga sub-basin covers 90 ha. The water scooping plant was built in 1930; its circulation is 1,980 litres/second. 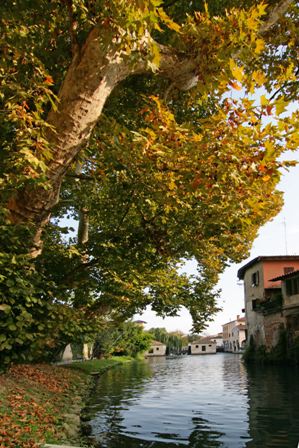 The Abbey of Summaga
The Benedictine Abbey of Summaga was built in the 10th or in the early 11th century. Its basilica, whose mediaeval frescos merit a visit, is joined by a Romanesque bell tower. Vine-growing is traditionally linked with the life at the abbey, since its monks introduced it in the surrounding lands.

Concordia Sagittaria
The ancient Iulia Concordia in the Roman period stood as the crossroads between Postumia and Annia Roads. In Concordia you find several traces of its past dating from Roman, Early Christian as well as medieval times. Saint Stephen Cathedral is outstanding for its striking beauty. 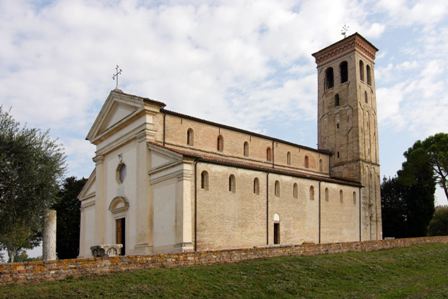 Loncon River
It heads in Friuli Venezia Giulia. Its final stretch, before merging with Lemene, is canalised. It is 30 km long.

San Gaetano water scooping plant  (E=12:52:36,384; N=45:38:38,420)
It dates from the early 20th century and proves the efforts done by the Franchetti to reclaim their lands for agricultural use; in fact, they have owned the great San Gaetano estate from 1879 up to the postwar period. 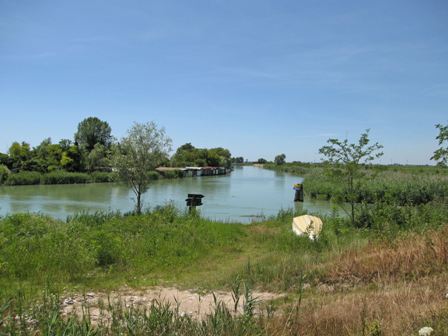 Ramiscello water scooping plant (E=12:54:48,290; N=45:39:29,833)
This is the plant of Ramiscello - Rottore basin, whose surface spreads over 127 ha. The first round of land reclamation works dates from 1932; the following plan to modify the basin was engineered by Ing. Diego Mortillaro in 1954. The water scooping plant has a circulation of 1,800 litres/second.

CAORLE
It is an old port city, a bishopric as well as a noted holidays resort. Its cathedral is charming and houses valuable works of art -e.g. the Byzantine golden reredos. Visit also the 18th-century church of the Blessed Virgin of the Angel, which is built on an evocative site.