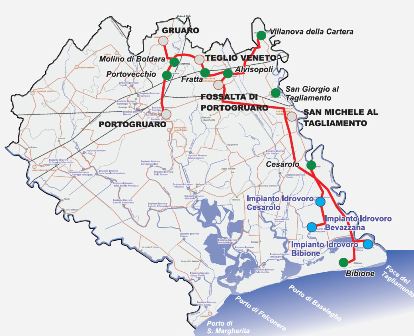 Portovecchio
In Portogruaro take via Udine and follow it for 4 km: you arrive at Portovecchio. It is a medieval commercial town; its 16th-century church houses valuable works of art.

Boldara watermill
In Portovecchio take via Frassinedo, then via Boldara and follow it for about 3 km: you are near Boldara watermill. Lying on Lemene River, it dates from the 15th century and has worked until the 1960s. It is a three-storey building, lost in nature but needing an accurate restoration. 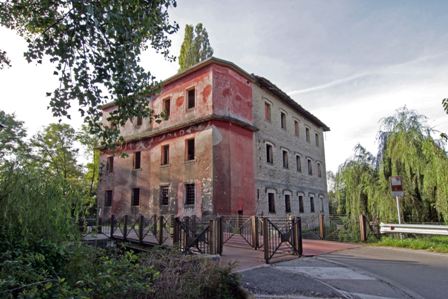 Gruaro
Take again via Boldera and then via S. Angelo. Follow it for 2 km: at this point you hit Gruaro. Its origins date from the Middle Ages, and it was ruled by the head of Sesto al Reghena Abbey. Visit the churches of San Tommaso, Sant'Elisabetta as well as Sant'Angelo. Not afar from the town, in the literary park devoted to Ippolito Nievo, you find Stalis watermill. It is composed by two buildings, the "old watermill" situated on the island in the middle of Lemene waterbed, and "the new watermill" on Lemene northern shore, along the road heading to Cordovado and to the fountain of Venchieredo.

Teglio Veneto
Back on via Portogruaro, take via Boldara, via Trieste and via Viola. Stay on for about 6 km: you arrive at Teglio Veneto. In this small town dating from the Middle Ages, visit the church of San Bernardino as well as the one of San Zenone. 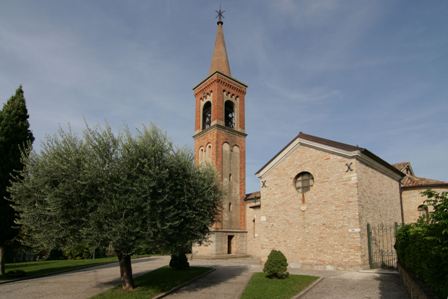 Alvisopoli
In Fossalta di Portogruaro take via Trieste, then via Moncenigo until you reach Alvisopoli. In this hamlet near Fossalta di Portogruaro Alvise Mocenigo (1760 - 1815), a nobleman from Venice, set up a kind of socio-economic experimental organisation based on the theories of the Enlightenment and Reform. This complex had also a print shop. After count Mocenigo's death this place gradually lost its influence. A few hundreds metres from Alvisopoli you can notice its watermill. These days we see only its ruins needing a restoration. It was built in the late 18th century, and was part of Alvise Mocenigo's ambitious project.

Villanova della Cartera
Approaching Villanova della Cartera you find some ruins of a century-old hydraulic engineering station. These ruins deserve to undergo suitable restoration works, which could disclose the influential role these structures played in the economic activities along rivers and streams.

San Michele al Tagliamento
Not far away we hit S. Michele al Tagliamento. In its territory we find several interesting buildings and villas; unfortunately, many of them were destroyed or damaged in the two world wars that occurred in the last century. For instance in Villa Mocenigo - Ivancich, which is attributed to Longhena, only the structure of its remarkable barchesse is still undamaged. There are several holy buildings deserving a visit: among them, the church of Santa Elisabetta and the Oratory of SS. Bellino and Mauro. 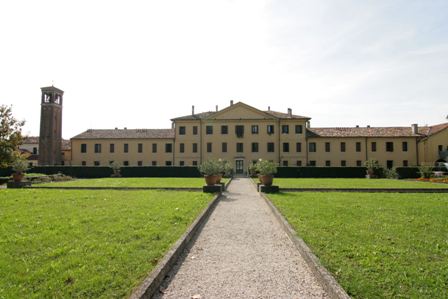 Cesarolo
In San Michele al Tagliamento take via Marango, via San Filippo and then via IV Novembre. Stay on for about 5.7 km: at this point you arrive at Cesarolo. Emilia Road passed through this town during the Roman times. The 18th-century church consecrated to Saint Nicholas was pulled down and replaced in the early 20th century by a wide and modern temple, rich in works of art.